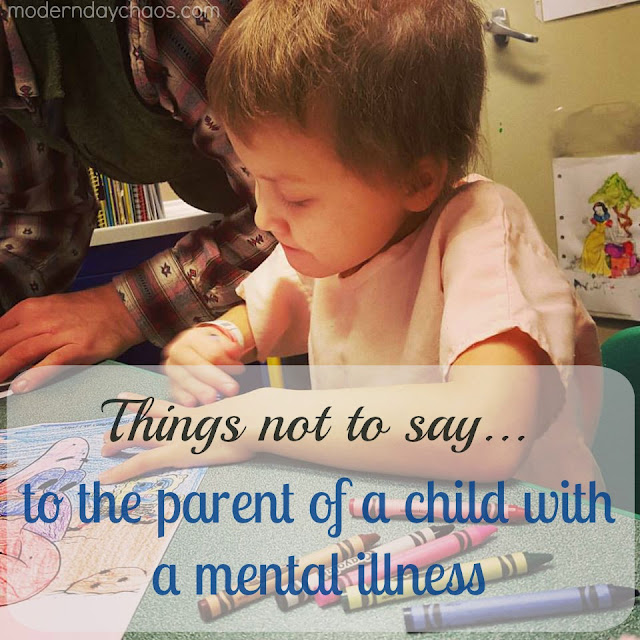 "She would if she could" is something that we often need to remember as parents of Vienna. Vienna doesn't have the ability to connect the dots from point A (being a problem) to point B (being the solution). The in-between is known as the meltdown. She would be good.. if she could.. but she can't. Beneath the childhood cancer, Vienna has something going on within her brain that we can't quite understand. Was she destined to have this? Or was it due to the massive amounts of poison injected into her brain and body to keep her alive? That we'll never know.

The following is a list of things that I just can't stand to hear. Each phrase reminds me over and over again that she is different. Sometimes things were easier when she looked sick (no hair) because then people would "give her a break" when she was having a meltdown in public. Now that she is looking & feeling better, people just think she is having a typical tantrum, but that's just not the case.

Next time you see a kid acting up in public, rethink judging them as there may be more to the situation than you think. What we do appreciate is support. This would include the person who has brought my bags back to the car while I have a tight hold on her to keep her from running into the moving cars in the parking lot, THANK YOU!

*To understand more about how to comprehend and handle a child this this, read the following book. It has helped us tremendously to better our parenting style*